It is almost impossible to get bored in Tokyo as there are so many things to do and places to see. Here are some of my suggestions to some really nice experiences in Tokyo:

Tokyo has some really big, really cool arcades, and stepping inside is like entering a parallel universe. Several floors of the arcades are typically dedicated to pachinko, which is a Japanese arcade game, that I have yet to understand, but which has managed to keep its position as one of the favorite pastimes for male Japanese office workers through decades. I usually head to the floors with skiing or race car games instead.

Club SEGA is probably the most well-known arcade chain, but Joypolis is another popular place. Most arcades also have a purikura section with photo booths. After taking your photos, you proceed to the screen outside the booth to decorate your photos. That was what people did before Instagram and Snapchat filters and stickers:)

One of my favorite arcades in Tokyo is the retro arcade 1-Chome Playland at Decks. It is such a fun place to visit and I can spend hours checking out the old arcade games.

If you are looking to buy your own retro gaming console, Super Potato is the place to visit. The multi-floor shop in Akihabara sells pre-owned consoles and games, and they also have a small retro-gaming room, where you can buy Japanese snacks to keep the energy level up while you are playing. I bought a SNES and a bunch of games the last time I was there, and it was really cheap. Though if you buy an old console, make sure to head over to Yodobashi Akiba afterwards and get the right cables so you can connect it to your TV at home.

Spend a day at an onsen

An onsen is a traditional Japanese communal bath, but some of them have evolved to be more like spas with big recreational areas, restaurants and spa services. One of them is Oedo Onsen Monogatari. The onsen have several different baths and a beautiful outdoor garden. There is also a good selection of restaurants and a relaxation area, where you can nap for several hours if you want. It is an excellent way to kill jetlag and get a great start on your Tokyo visit.

Chill out at the beach

It takes less than an hour to get from central Tokyo to the pearly white beach at the man-made Odaiba island. Swimming is not allowed, but the beach is a popular place for sunbathing and beach sports. Odaiba also has several shopping malls including Decks, which is where you find Joypolis and 1-Chome Playland that I mentioned above.

Don’t miss: Taking a photo of the giant Gundam statue at DiverCity.

See the city from above – Visit Tokyo Skytree

It is only when you see Tokyo from above that you really understand what a gigantic city it is, and from Tokyo Skytree, you have some of the best views. No matter where you look, the built-up areas just continue and continue all the way to the horizon. At the base of the tower, a myriad of shops and restaurants occupy the first couple of floors and outside the tower, there is a popular beer garden which is open during the summer months.

Watch out: When the sky is clear, you can see Mt. Fuji from the tower.

Immerse yourself in Japanese history and culture at Sensō-ji

The big red Sensō-ji temple in Asakusa is like an oasis of old culture and traditions in the middle of high-tech Tokyo. Along the alley that leads up to the temple, you can buy souvenirs and snacks from some of the many vendors, and down the small streets surrounding the temple area, there is a great selection of shops selling traditional Japanese ceramics, knives and kitchenware.

Tip: Remember to try the paper fortune at the temple and get to know what the future brings for you.

Visit a themed restaurant for lots of only-in-Japan fun

When it comes to themed restaurants there is no place like Tokyo. From cat cafes to ninja bars, you name it, Tokyo got it. If you do not mind zombie attacks in the middle of dinner, then get a table at The Lockup for one of the scariest dinner experiences in the city.

Karaoke Kan is the biggest karaoke chain in Japan and this is the one I always recommend my friends, when they ask where to go for karaoke in Tokyo. The karaoke-machines at Karaoke-Kan are really intuitive to use and they have a huge selection of Japanese and international hits. The Shibuya branch is the busiest one, both due to the location but also due to the fact that it was featured in Lost in Translation. If you want to rent the rooms (601 and 602) in which the movie was shot, it is essential to make a booking in advance.

Tip: Go for one of the plans with all-you-can-drink, if you want a cost-efficient way to start (or end) a night out. 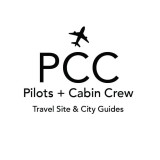